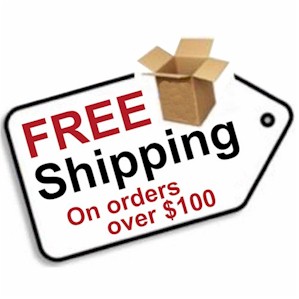 Home > The History of Precious Moments

The History of Precious Moments

It all began more than thirty years ago when Precious Moments® creator Sam Butcher began drawing the endearing teardrop-eye children he called "Precious Moments" as gifts for family and friends. Today, his Precious Moments artwork is among the most recognized art in the world, sharing messages of loving, caring and sharing with collectors from around the globe. A man of deep personal faith and conviction, Sam demonstrated artistic talent at an early age and, encouraged by his Mother, he pursued formal art training following his high school graduation. His dedication earned him a scholarship to the College of Arts & Crafts in Berkeley. In the early 1970s, Sam and a friend, Bill Biel, started a small company to produce his Precious Moments art on a line of cards and posters, calling their company Jonathan & David. They took their goods to the annual Christian Booksellers Association Convention in Anaheim and their tiny booth was filled with enthusiastic retailers wanting to order the new line. The crowd became so large that neighboring vendors came over to help the two young men write orders. Shortly thereafter, Sam was approached by Enesco Corporation to develop a three-dimensional figurine based on his artwork titled “Love One Another.” Sam was so overwhelmed when he saw the first porcelain sample that he fell to his knees and wept. It was the beginning of a phenomenon for both Sam and the gift industry. By the end of 1978, the first twenty-one original Precious Moments figurines were introduced to the market. The response to the collection was incredible. People began to write to Sam, telling him about how the Precious Moments figurines had touched their lives in a moving and heartfelt way. In less than a year after their introduction, demand was overwhelming. The success of the Precious Moments figurines was amazing, yet Sam never lost touch with his original purpose to create art which combined his heartfelt emotions with his abiding faith. The collection is now well over 1,500 pieces with new introductions offered each year. Members of collector's clubs continue to be found throughout the world. Even more telling, since its opening in 1989, Precious Moments Park in Carthage, Missouri has welcomed approximately 400,000 visitors every year. In 2005, a new chapter in the Precious Moments story began, as the collection “came home” to join the rest of the Precious Moments family at Precious Moments, Incorporated. No other collection has touched as many hearts as Precious Moments, and no other group of individuals has the same love and passion for this product line as the team at Precious Moments, Inc. We are more committed than ever to expanding the success and vision of the Precious Moments legacy.

In 1984, Sam made a decision to settle somewhere where he could devote himself to what was truly important to him – his family and his art. In February of that year, he began searching for just the right place as he drove home from a gift show in California. While spending the night at a hotel near Joplin, Missouri, Sam awoke with an unmistakable feeling that he was somewhere special. Later that same day, a real estate agent showed him a house overlooking Center Creek near Carthage, Missouri. Sam had no doubt that he had found his future home. For many years Sam had dreamed of building a chapel where he could share his faith and spread the word of God with anyone who wished to visit. He was originally inspired by the sight of Michelangelo’s Sistine Chapel in Rome. He remembers looking at the masterpiece and thinking, “Could it be that someday God might grant me the privilege of sharing what light He has given me by painting what I feel He has to say about His grace?” Sam’s dream became a reality when he moved to Carthage. There, he was finally able to tackle the challenge of building the chapel he had envisioned for so long. Today the Chapel is a stunning sight. Around every turn are murals, angels, stained glass, and other bits of Sam’s artwork. The beautiful grounds that surround the Chapel have been named Precious Moments Park. Over the years, Sam has added much to see and do – all reflections of his faith. The Fountain of Angels, Wedding Island, The Gallery and Gift Shop all make the Park experience an unforgettable one. "It is my prayer," Sam says, "that through my work in the Chapel, I might share my faith with others and that the Spirit of God might touch the visitors’ hearts and bring them to the saving knowledge of Jesus Christ, our Lord."

Samuel John Butcher was born shortly after midnight in Jackson, Michigan on January 1, 1939. He was the third of five children who grew up in a very poor family. The family moved to Northern California when Sam was quite young, settling in rural Redding. Most of Sam's childhood days were spent drawing and sketching under the dining room table. At a very early age his talent was recognized by both family members and friends, but because his family was so poor, drawing materials were hard to come by. But Sam was a clever child, and soon his favorite place was a factory dump near his home where he would search for rolls of paper to draw on. Some of Sam's fondest memories are of his grandmother telling him Bible stories. He always had a deep interest in spiritual things and even from his earliest childhood, he painted scenes from the Bible. During his school years, he studied hard and won awards, but all of that was not enough to fill the emptiness and lack of fulfillment that he felt inside. Then one night, in a country church, Sam heard the Good News of Salvation. He responded to the invitation and asked Jesus to come into his heart. Since that night, he decided to only use his talent for the Lord. With his mother’s encouragement, he pursued formal art training following his high school graduation. He won a scholarship to the College of Arts & Crafts in Berkeley. Sam married his college sweetheart and the young family moved back to Michigan where Sam took a job in the shipping department of the Child Evangelism Fellowship. His first position as a real artist came when CEF promoted Sam to the art department. It was while there that he learned how to study the Bible and, as he did, he grew in grace and in the knowledge of the Lord. As he began to grow spiritually, so did his desire to reach out to people with a message of God's love. To convey his message, Sam began drawing the endearing teardrop-eye children he called “Precious Moments” as for family and friends. Then, for several years, Sam was seen on television as the story illustrator for the inspiration children's program, Tree Top House, drawing his teardrop-eyed images to tell the story. Precious Moments were introduced to the public in 1975 on inspirational greeting cards and posters, and in 1978 the first Precious Moments figurines were unveiled. But even the success of what he created did not satisfy Sam because in his heart was a desire to honor the Lord by building the Precious Moments Chapel. Since the structure's initial completion in 1989, millions of visitors have come to admire his work and share his faith. Sam has never forgotten his humble beginnings. Even though he is one of America's most beloved artists, he remains a quiet family man. Nothing means more to him than his children and grandchildren, and he takes advantage of every opportunity to make them an active part of his life and his work.